What is a flash point? It is the temperature at and above which a liquid gives off enough flammable vapor to form a mixture with air that can be ignited by contact with a hot surface, spark, or flame. Checking the flash point of your compressor, pump, turbine and/or seal oil in a hydrocarbon environment is a valuable way to reduce safety risk. An oil's typical flash point is 400°F. If the equipment has a process leak and mixing with the oil, the oil's flash point can be greatly reduced, thus creating a fire/explosion hazard. Simply put, the lower the flash point, the greater the risk! 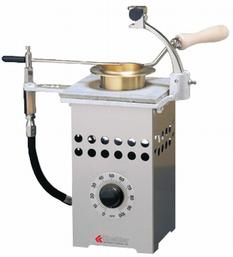